At Ignite 2021, Microsoft announced the next big application: Microsoft Loop. Currently, the first fractions of the loop components are already published. What they are and what they can do, show the following article:

As of February 2022, there are some MS Loop “components” features available. “Workspaces” and “Pages” are still waiting. But the loop palette will be expanded gradually in the coming weeks / months. (Keep following this blog to stay in “loop” 🙂 ).

Loop is currently only available in the Microsoft Teams chat (2 or more people). A new button has recently appeared in the status bar:

After clicking on it, you can already see the first range of functions, the so-called “Loop components”. Judging by the Ignite video from Microsoft, however, functions like voting table or status tracker are still missing in the components.

With text marking and subsequent right-clicking, written texts can still be changed (bold, font size, etc.). All persons in the chat have the same functionality and can work on the lists at the same time.

Interesting: Instead of the “dot”, a “1.” can also be written as a bullet and automatically continued. Thus the “Bullet list” changes to the “Numbered list”.

The checklist differs from the bulleted list only by the possibility of “checking off”. So it is mainly useful to graphically cross out the already completed project phases, as example.

From the other formatting functions, the checklist is also no different from the rest of the loop components. Well done I think, that a “typed” date (e.g. 01.02.2022) is converted as a selectable calendar and the days to/from are counted.

The Numbered list is the twin sister of the Bullet list. In the current state there is no difference in function. The numbered list can also be changed to a bullet list by changing the bullet characters.

I would also call Paragraph currently a “free text field” of the Loop components. One can directly let off steam with the full width of the functional range and directly use several Loop components.

In my example, I used Paragraph to share the info about my “rollout meeting”. Meaning: content, agenda, date, attendees, etc.

By typing a “/” all loop components can be extended by further (nice) functions, e.g. image, agenda, etc.

Table gives the user directly the possibility to share a table with the chat.
It is also useful here to work simultaneously with colleagues in the chat. The table has a rather simple functionality without formulas. It is most comparable to an MS Word table.

The Task list specifies the columns Task, Assigned to and Due date directly when it is created. These cannot be renamed or extended. Only new tasks can be added by “Add a task”.
In the current release, the assigned tasks do not appear in tasks.microsoft.com. 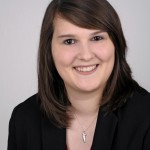